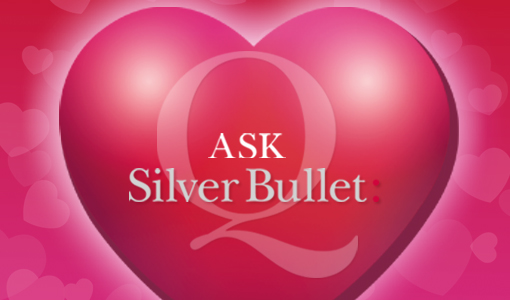 Is the dross and nonsense of St Valentine’s Day the ultimate in marketing hype?


I can hazard a guess you’re not of the romantic ilk here so starting from that premise, maybe we should stick to the facts, the first of which is that, contrary to the beliefs of many cynics, St Valentine’s Day was NOT created by the marketing department of a greetings card manufacturer but actually goes way back and most probably to Roman times – in truth, nobody’s quite sure. What is known is that the Pope Gelasius first declared February 14th to be St Valentine’s Day in 498 AD whilst the first recorded card was sent by the Duke of Orleans in 1415 (even though it was from his cell in the Tower of London).

Secondly, with all due respect, is it really ‘dross and nonsense’? Hardly. With an estimated UK spend of a staggering £1.6bn on gifts and treats for St Valentine’s Day 2016, this is BIG business and an absolutely crucial trading period for certain industries, particularly florists (Tesco alone estimates 1m bouquets for that one day), card manufacturers (the Greeting Card Association estimates £40.2m on cards), restaurants (14% rise in sales), hotels and jewellers (a 30% uplift for both).

As for marketing the day, it was, as you might imagine, the Americans who ramped this up with Esther Howard becoming the first printer of mass-produced Valentine’ Day cards in 1847 in Massachusetts. Florists, jewellers, restaurants were quick to follow and have now been joined by every retail sector from travel agents to car manufacturers.

So fine if you’re a florist, restaurant, hotel, jeweller or any other of the outlets that traditionally enjoy increased sales in early February through the tradition, but how useful is it to the rest of the economy, especially those businesses that are involved in the B2B sector where the old red heart may just not cut the mustard any more?

Engaging with any national or international anniversary or holiday gives organisations the opportunity to change their marketing message, albeit maybe only temporarily and engage with their existing and potential customers and clients in a new way that is hopefully both creative and amusing. Companies can now engage digitally, using social media, email marketing or even creating a dedicated microsite designed for the specific campaign.

It largely depends on available budget and can be anything from sending tongue-in-cheek cards to clients to the famous advert for the $80,000 Cisco ASR 9000 routers which created the absurd application that the router was the perfect gift for your loved one – the humour made the brand stand out from the competition and demonstrated the company’s confidence in their product.

How you link your product or service to the anniversary is up to yourselves but the very fact that you are being proactive and hopefully bringing a smile to your customers’ or clients’ faces will remind them that here is a company that values their business and goes the extra mile to gain and retain it.

So go ahead, ask clients whether your plastic-lined, magnetic drive and mechanically sealed pump is not the perfect match for moving their corrosive fluids, create a new Valentine-themed Facebook or Twitter page, send a card to existing clients telling them how much you love handling their commercial conveyancing – what have you got to lose, because you have everything to gain.

Do you need some assistance with your marketing? Do you need to review your strategy or do you have another marketing question we can help with? Talk to us. Email your questions anonymously to us today hello@silverbulletmarketing.co.uk  or Tweet us (not so anonymously) @SilverBulletPR  and use the hash tag #AskSB