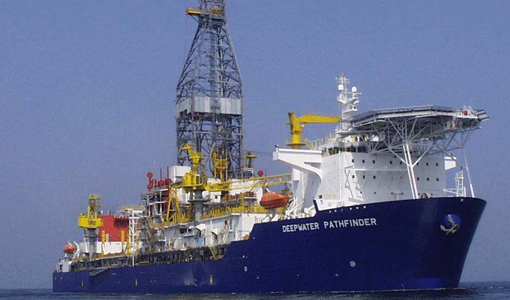 Back in September 2015, I wrote an article for a well known Offshore magazine and web site entitled “Tough times in the patch” – a reference to the oilfield and the hard times drilling contractors were having.

I worked offshore drilling in the ‘wild’ days of the 70’s right up to the early 90’s and can honestly say I met some of the most interesting people in the world. This article is in no way sympathy for the majors, or oil companies, who will make profits whatever the oil price is and are now even beginning to at last move from carbon-based fuels to green renewable energy sources such as the booming offshore wind sector. It is more a lament for the drillers and derrickmen, the roustabouts and roughnecks, the crane operators and casing crews, the engineers and electricians and all the other highly skilled personnel that made up the offshore drilling sector and whose livelihoods are now under threat.

The catalyst for this has been yesterday’s news that Transocean Drilling, one of the world’s biggest offshore drilling contractors has scrapped six floating rigs, including the Deepwater Pathfinder, a 720’ long leviathan launched in 1998 and equipped to drill in ultra-deep water.

Whilst other contractors had chosen ‘warm’ stacking for their unemployed rigs whereby a skeleton crew keep the engines turned on and perform routine maintenance, but at a cost, Transocean had taken the ‘cold’ stacking approach – drop anchor in some sheltered bay, stop the engines, weld the doors shut and lay the crew off.

Now while this does save money, and it’s estimated that since Transocean stacked nine hi-tech drilling ships off the coast of Trinidad & Tobago in 2014, it’s saved around $90million, it does create major problems should the market pick up as there’s no crews, and thousands of highly trained and experienced offshore crews have now left the industry, and starting up a stacked drillship requires a small fortune to be spent on back maintenance.

So Transocean’s decision to scrap these units in a $1.4 billion write-off is harsh but understandable when the dramatic decline in day rates is considered. With Brent Crude trading at around $100 per barrel in December 2014,  deep water (ie capable of drilling in more than 7,500’ of water) semi-submersibles could demand some $450,000 per day but the same vessel today ($58 per barrel) would be fortunate to receive $150,000 whilst the picture for drillships shows the same catastrophic decline.

But, the drillers are fighting back by using this period of low oil prices to consolidate their industry in a fight for survival that will leave only the strongest standing with fewer rigs that will be able to set their own price, should a rise in the oil price justify the renewal of deep water exploration.

Following the recent wave of offshore bankruptcies (Seadrill, Hercules, Paragon etc) the takeover of Attwood Oceanics by Ensco is indicative of this harsh new world – the ink had hardly dried on the contract before Ensco closed Attwood’s Houston headquarters.

Transocean itself has taken over Norway’s Songa Offshore in a $3.4 billion deal, but also has a further four ultra deep water drillships under construction.

It’s a poker game of enormous stakes and one now run by finance experts rather than the drillers of old, often now perceived as veritable dinosaurs when faced with the state-of-the-art hydraulic and electronic masterpieces of modern marine engineering. Will the oil price rise sufficiently to afford deep water exploration and if so, when and which contractors will be left standing at that point?

All this played against a background of the growth of renewable energy activity – the Danish Dong Energy, for example, which has just rebranded to Ørsted, recently sold all interests in fossil fuel to concentrate on renewable green energy, particularly offshore wind farms. Offshore wind is now regularly powering almost 20% of European electricity demand and seems set to continue to grow with innovate projects like Statoil’s Hywind floating turbines off Peterhead, coming on line and reducing dependence on fossil fuel.

So tough times for the drillers of old with the financiers looking set to be the only part of the old Patch that will survive. But who knows, oil is a finite resource and basic economics tells us that given an increasing demand, it should increase in price, but then basic economics isn’t the only factor at work here and most forecasts are for the price to fall in 2018 to below $50 per barrel as the US shale drillers increase production.

Where will that leave the drilling contractors and their hugely expensive investments – not a pleasant thought.