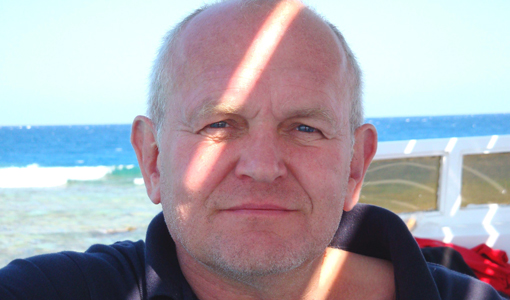 The Curse of the Procuring Classes

Having spent most of the last 48 hours assisting in the preparation of a tender for a client bidding for a major project, it's struck me that one of the many reasons the economy is in recession is that there has quietly grown up a class of space wasters that every working person now pays for without even realising they're there.

They're not the high profile travellers and their supporters at Dale Farm, nor the unfortunate two and a half million unemployed, nor the sick, old or young. No, they are a virus that has grown within the working economy and now threatens to overwhelm it - I'm speaking, of course, of the seemingly innocuous but now almost omnipotent, procurement class.

Cast your minds back if you can to the good old, simple days when one company could go to another company and ask for a price for a product or service. They might well go to a few competitors also so they could check they were getting best value, but generally the buyers knew what they wanted and with whom they wanted to work. A mutually acceptable price was agreed and the transaction completes - Simples!

Obviously too simples for some because we now have the nightmare scenario when even selling a pencil to some of these organisations involves hundreds of organisations responding to an OJEC notice, prepared at great expense by the organisation's procurement department, or 'consulting partners' (the easiest money anyone ever made) - HJ Heinz (they of the beans) revealed on Oct 21st their European Procurement hub cost them $40m!

However, to get back to our search for a pencil. Each organisation must then register their interest to whichever procuring organisation has been lucky enough to get this license to print money. This usually involves the preparation of the dreaded PQQ - Pre-Qualification Questionnaire - a Stasi-esque document that requires such vital information as inside leg measurements and other gems crucial to the interrogators' search for useless facts about potential suppliers. The onerous nature of the PQQ, and they do take hours to complete, causes many companies to drop out of the game, preferring to try to make a living rather than waste their working lives carrying on filling in useless information that may never be read. Many remain, however, to go through to the main event of telling the buyers why they should purchase their particular pencil.

The procurers get straight to the point, demanding answers to their searching enquiries on Environmental Procedures, Equality & Diversity, Health & Safety, Community Engagement, details of similar pencils produced, locations of earlier pencils and details of purchasers, understanding of the buyer's organisation, production programme, full audited accounts, insurance details (and yes, most of these were previously supplied in the PQQ, but you're erroneously assuming that this was actually read) and names and addresses of all employees and their immediate families.

Now all this requires each company to divert enormous and scarce resources to the task, but for the luck final three companies, it's maybe been worth it as they reach their goal of the Shortlist.

From here on in, the procurement department raises the bar, mainly though the frankly terrifying interview process where the hopeful companies are grilled by a whole team of uninterested stakeholders on questions they have already answered twice, It's at this point that the procurers have their revenge on the audacious companies who may have suggested a more-cost effective alternative to the client's writing problem by suggesting a non-compliant response of a biro. For this heinous audacity, whilst no punishment is too severe in the eyes of the procurers, public humiliation at this interview stage must suffice.

So, end game finally reached and the exhausted successful company retires to begin production of the famed pencil, secure in the knowledge that the resources spent in the procurement process has more than wiped out any potential profit on the whole transaction.

For the procurement department, however, it's been a win-win situation. Disregarding their own costs, they've showed their employer how ruthless buying can save money and if their suppliers go out of business due to their actions, well that's not their problem and they can go back to their role model of Alan Sugar with heads held high.

A fictional situation, perhaps, but examine, for example, the Thameslink fiasco where it was EU procurement rules that meant the government awarded the £1.4bn contract for 1,200 coaches to Siemens, rather than the Derby plant of Canadian manufacturer, Bombardier, who promptly laid off 1,400 workers in the middle of the worst recession in most peoples' lifetimes, thereby essentially killing off train and carriage manufacturing in the UK.

Even more atrocious is the MoD where the procurement scandal isn't just not funny - it actually costs lives as the armchair Whitehall warriors waste millions whilst our real soldiers die in foreign fields through lack of proper equipment. Until heads of organisations put a stop to this nonsense, the waste of the procurement process will continue to strangle this country. As the great Paul Simon once wrote, "Silence like a cancer grows", so does the procuring class - beware...