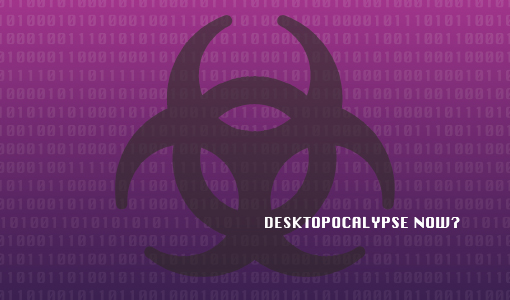 For that last three years marketing experts have been threatening that the digital age is taking over each year, and the same story is on the board for the upcoming 2016.

At Silver Bullet we take a slightly different view than this broad stroke approach and feel that whilst our clients are appreciating the benefits of digital marketing with its SEO, PPC, Social Media and banner advertisements, the benefits of the ‘traditional’ methods of advertising need to be respected.

The American-based marketing forum, iMedia Connection, has described 2016 as the ‘Desktopocalypse’ when desktop PC’s will almost be eradicated and mobile technology alone will be used by consumers.

Mobile technology allows consumers to browse their iPads in bed shopping online, being able to order lunch from an app on their phone or use contactless payment. This is growing significantly with advertising rapidly following and appearing on apps on mobile technology. However, let’s not forget that mobile technology has only recently just jumped ahead of desktop devices.

The Communications Market Report published on 6 August by Ofcom found that 33% of Internet users use a smartphone to access the Internet whilst 30% are using laptops. The remaining 27% are presumably a mixture of tablets and Desktops as the preferred method, or games consoles?

Mobile giant, Everything Everywhere (EE), owners of Orange and T-Mobile, have been at the forefront of the increase of mobile technology with the introduction of 4G in late 2012. Whilst many now use the data on their phones to tether to laptops and tablets, as it is often faster than a fixed broadband connection, only 30% of smartphone users have access to 4G.

The retail sector is the natural partner for mobile transactions and is now pushing advances in mobile technology. A recent development was apps supporting barcode scanning to allow consumers to scan codes and then purchase from websites if the chosen variation (size, colour etc) is not available in stores.

The scenario obviously isn’t applicable to all businesses whilst the risk of power loss in devices acts as a deterrent to many with well-publicised technical problems, such as experienced by NatWest in June, and fears of data protection putting other potential customers off reliance on mobile transactions.

An additional factor that favours the traditional desktop is size - I am currently writing this from an Apple Desktop. Why would you cause yourself pain straining your eyes over a tablet and being uncomfortable using a Laptop, I don’t want RSI, nor have my eyesight deteriorate any quicker. As an integrated agency with creative graphic designers, there’s also no choice in devices – desktops with large screens allow our designers to see everything with multiple windows and files open – they just couldn’t do their magic properly on smaller devices.

Demography also has to be considered and a realisation of just whom you are selling to – only 44% of adults over the age of 55 have a smartphone. From experience of helping elderly relatives with laptops and explaining cloud storage, I can honestly say that they are stubborn and averse to taking up new technology – in my Grandfather’s case, repeatedly threatening to return the device back to John Lewis. It is highly unlikely he will ever feel comfortable using a tablet. Know your audience, not everyone is comfortable changing.

The 55+ group, representing the so-called ‘grey pound’ are crucial to many campaigns having the most disposal income and often more efficiently reached by traditional printed, broadcast and outdoor media. Whatever youth-oriented campaigns may do, there are still 7% of adults 18+ who do not personally own a mobile phone and only 66% of those who do have a smartphone.

To my mind, ‘traditional’ advertising refers to non-digital devices but it could be argued that we now getting to the stage where there is such a term as traditional online marketing existing to differentiate desktop from mobile devices.

So, we don’t believe there will be a ‘desktopocalypse’ and certainly not one in 2016, but there seems little doubt that the exponential speed of change in digital technology will constantly create new platforms and means of exchanging information, including marketing messages. As to ditching your desktop, we think we have a few more years yet.