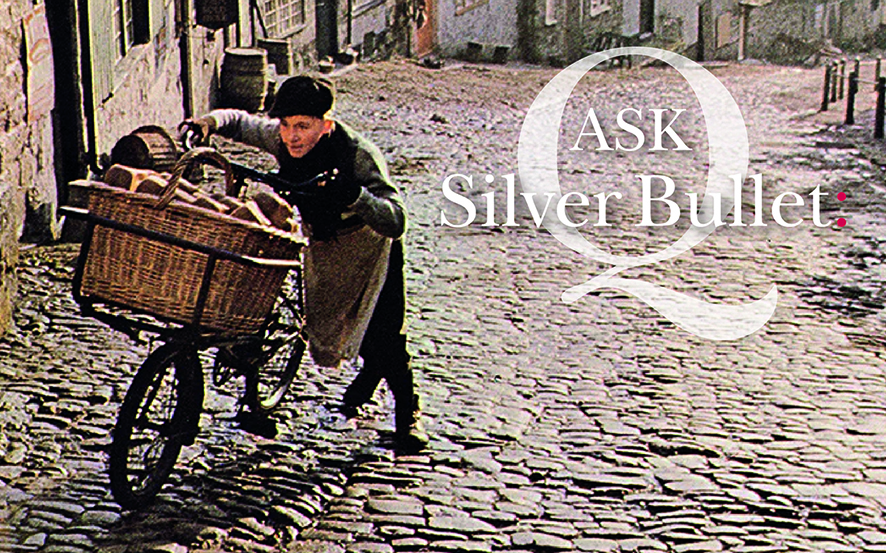 How relevant is the re-launched Hovis TV advert in modern times?

It’s interesting that although Ridley Scott’s iconic ‘Bike Ride’ TV advert for Hovis was only broadcast in 1973, it’s already assigned into the ‘historic’ bin by some, so Hovis’ decision to release it on a new TV audience some 46 years later is seen by many of the new generations as desperate nostalgia and by some in the creative industry as a lack of new thinking.

The ‘Bike Ride’ advert was produced in what has become known as the Golden Age of TV advertising and is set in post-war 40’s or 50’s Britain. Filmed on Gold Hill in the village of Shaftesbury in Dorset, but featuring the Ashington Colliery Band playing Dvorak's New World and a Yorkshire or certainly Northern voice-over, it features an old man recalling his days as a baker’s boy and pushing a bike loaded with bread up a cobbled street. He then freewheels back down the hill to a voiceover: “like taking bread to top of the world – t’was a grand ride back though”.

It has since been voted the most ‘iconic’ UK advert of all times, beating off Cadbury’s ‘Gorilla’ of 2007, Levis’ incredibly successful 1985 ‘Laundrette’ advert which boosted sales of 501 jeans by an amazing 800% and Smash Mashed Potato’s ‘Martians’ of 1974. 22% of the 1,000 consumers interviewed by research firm Katnar voted it the most seminal advert whilst 15% said it was the commercial that made them most emotional.

All very good in a pre-digital era where TV advertising ruled with only four channels (although soon to be five with Channel 5 launching in 1997), no streaming, no catch-up, no Internet – can we imagine how we survived such times…

But, why re-launch it now when the influence of TV adverts is declining due to the plethora of additional media channels now available?

Well, firstly, the advert will be supported on social media with additional footage and interviews including Director, Sir Ridley Scott, but secondly, Hovis sales need a boost.

The UK bread market, according to Mintel, is worth some £3.5bn, with pre-packaged bread representing 70% of the volume sold. But, prices of raw materials are going up whilst alternatives to the traditional sandwich are also increasing with the result that sales of sliced bread are falling – Hovis reported losses of £30m in 2016. Meanwhile the growth of artisan bakeries are creating ‘the perfect storm’ for the large bakers like Hovis, Warburton and Kingsmill, caught between rising prices, increasing alternatives and falling demand.

Thirdly, it could be argued that the advert is as relevant today as it was in the 70’s, indeed with the absence of hard sell pricing, a welcome change from many of today’s output as it is purely about Brand.

The advert harks back to times of a friendlier society, not split by politics and economics, and a time where emotion and feel were maybe more important than price, speed or the other factors that marketers relentlessly hammer home for today’s consumer goods.

By emphasising the brand rather than individual products, the marketing cuts across social divides, reflecting a collective identity in troubled times – the country may be tearing itself apart but at least we can rely on Hovis bread! The brand becomes a British institution with the product no longer mundane but a symbol in which we can all share.

As for nostalgia, well, what’s wrong with nostalgia? The second most famous UK TV advert in the Katnar survey was Yellow Pages’ 1983 ‘J R Hartley’ advert which told the story of an elderly author and his search for a copy of his book. More recently, consider the current Budweiser campaign invoking the spirit of Queen Elizabeth 1 to make the England Lionesses roar in the 2019 FIFA Women’s World Cup. Nostalgia works.

Whether it will work for Hovis, we’ll have to see but it’s certainly good to see such beautifully crafted adverts on the TV again, but then I’m biased…

Do you need some assistance with your marketing, PR or design? Do you need to review your strategy or do you want to know how we can help your business? Talk to us. Email your questions anonymously to us today hello@silverbulletmarketing.co.uk  or Tweet us (not so anonymously) @SilverBulletPR .