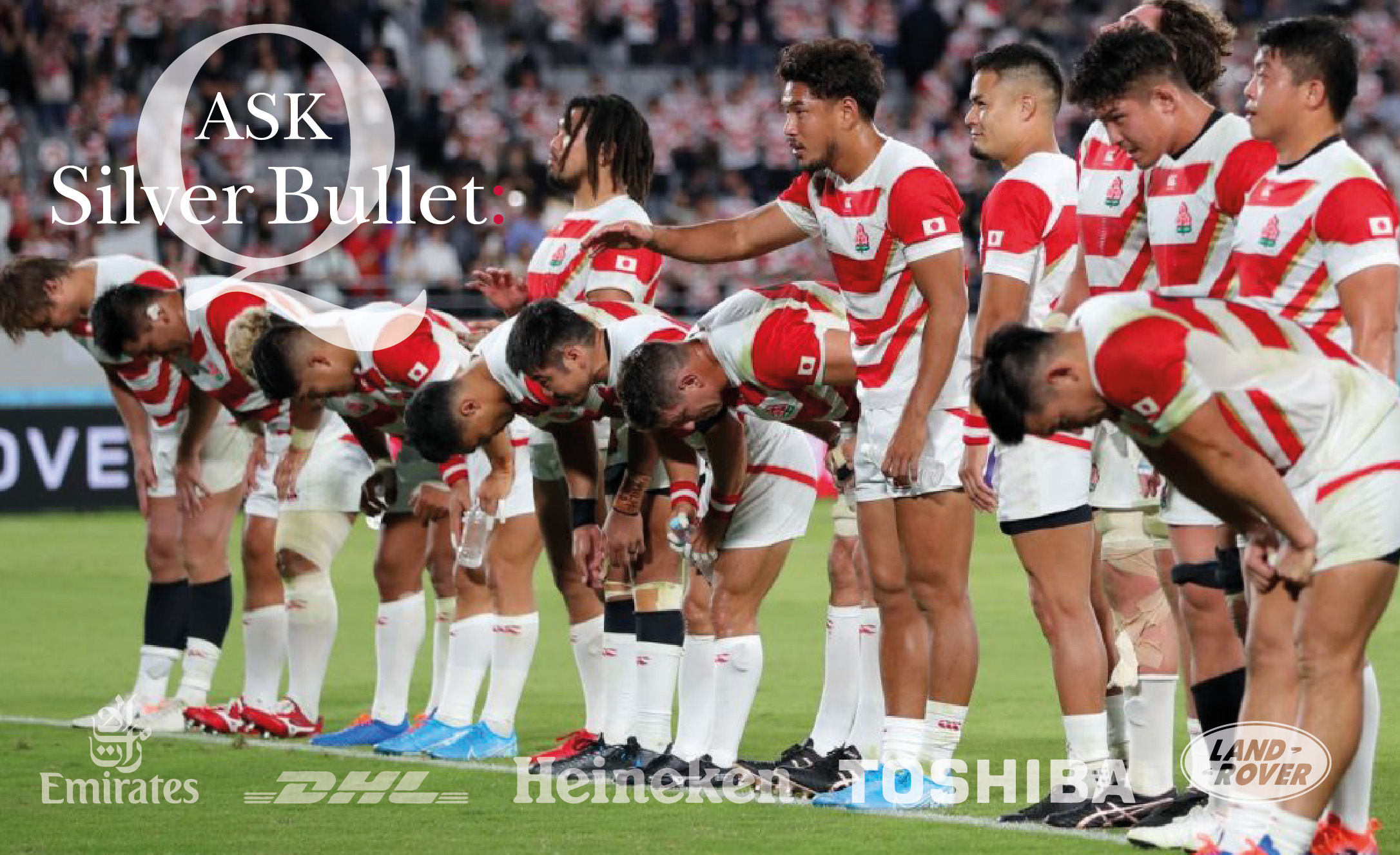 The recent Rugby World Cup was fantastic but did the sponsors actually get any return on their investment?

Firstly, who were the sponsors and can you name just three of the RWC’s main sponsors?

The RWC is now the world’s third largest event in the world (behind the Olympics and Football World Cup) and represents a huge sponsorship opportunity for organisations to associate with a growing global sport that is perceived to embody the very best aspects of diversity, equal opportunity, sporting skill, teamwork, sportsmanship, athletics, dedication and commitment to grass roots development – in short, a sponsor’s dream with no negative connotations or links, no drug or sex scandals and, with the obvious exception of the recent Saracens wage cap debacle, few financial irregularities.

Link to this and you’re saying to the world that your organisation believes in the same principles that saw the Canadian team this year quickly get over the disappointment of their final match against Namibia being cancelled due to Typhoon Hagibis and roll their sleeves up to help local people at Kamaishi or saw legendary All Black, Sonny Bill Williams give away his RWC 2015 winner’s medal to a young fan at Twickenham.

This is the elusive Corinthian spirit of sports but brought bang up to date with professional athletes dedicating their lives to excellence but never forgetting the humble grass roots that feeds the professional game. Its success has spawned the phenomenal growth of women’s rugby whilst you just need to drop into your local amateur club on any Sunday morning to see how successful youth rugby has now become.

The economics and bottom line RoI (Return On Investment) are harder to calculate. Firstly because the actuals sums paid by the sponsors are not public knowledge and, secondly, such sponsorships are complicated and for long term gain, not short term sales. I would hazard a guess, however, that due to the success of the competition – which saw a UK audience of 12.8m watching the Final – the sponsors will be regarding their investments as extremely good value.

The spiraling cost of TV broadcasting rights perhaps provides a yardstick to the increasing popularity of both rugby generally and the RWC in particular. The RWC only began in 1987 and was broadcast from Australia and New Zealand to the UK by the BBC. This was still in the amateur era of rugby and was, ironically, sponsored by a Japanese company, KDD.

In 1989, ITV won the exclusive UK TV rights for the 1991 competition for £3m, a bargain considering the England-Australia final which paved the way for their continuing relationship. By 2002, however, ITV had to pay £40m for the rights to the 2003 and 2007 competitions which had increased by 2009 to £60m for the 2011 and 2015 competitions but the TV audience watching England’s games in 2015 was estimated at 11.5m people. In 2017, ITV then secured the UK broadcasting rights to the Men’s and Women’s RWC competitions up to France 2023. The cost has not yet been disclosed but  ITV has recorded 20 million users watching the live stream on ITV Hub, with the England vs Australia game attracting 11.5 million.

For commercial organisations, however, rugby attracts both ABC1 participants and an ABC1 broadcast audience that advertisers and sponsors fall over themselves to reach. The plethora of luxury goods, car, beer and razor adverts that punctuate the action demonstrates that advertisers have not missed the opportunity to capitalise, with the O2 network, for example, using the occasion to promote their sponsorship of England and the RFU, nor has the TV network, with a reportedly 10 fold increase from rate card for prominent slots.

So, just as the cost of broadcasting the competition has and will continue to increase with correspondingly larger audiences, so will the cost of sponsorship. For global brands like Land Rover, however, the sponsorship represents a superb opportunity to promote the brand, not solely in the UK but globally, particularly to the growing and lucrative Asian market.