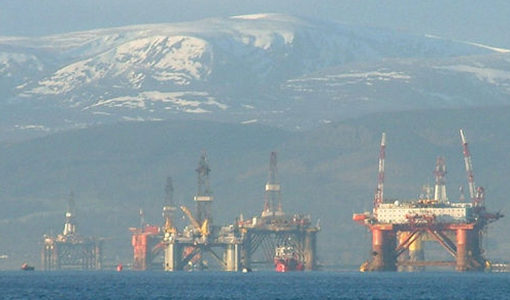 Tough Times in the Patch

Very few marketers will know of the ‘Patch’ – it’s an in-house term for the oilfield and having worked 15 years drilling for oil around the world, I can honestly state, I’m very glad I’m not working in it now.

The patch was traditionally a tough place where manpower was a fairly cheap and certainly an undervalued resource. I recall vividly the bad old days of the mid 80’s when the oil price teetered at $40 per bbl and the majors (the oil companies) pulled the plug on the drilling contractors who promptly laid off all their ‘hands’ (Offshore staff) and ‘stacked’ their exploration rigs – anchoring them together in ‘nests’ like the ones at Methil on the North side of the Firth of Forth.

Of course, come the upturn, there was not only a shortage of rigs (several had been scrapped), but also a shortage of the highly skilled personnel to operate them. In the intervening years, technology had also moved on so the new exploration rigs being designed and built were ultra deep water giants commanding huge daily rates ($650,000 a day) and using the very latest hydraulic, electronic and dynamic positioning technology.

So come September 2014, with Brent crude trading at over $100bbl, everything’s looking rosy in the patch. The day rates for deep water rigs are enormous so contractors have more being built especially in Far Eastern yards, hands are earning big money and the majors are happy to pass on the increased costs to the consumers.

Then OPEC turn on the tap…

There’s no room to go into the whys and wherefores here, but suffice to say by September 2015, the price has dropped to around $45bbl, day rates for the very latest deep water rigs are down to around $400,000, whilst, for us consumers, the petrol price has fallen by a mighty 5% or so.

What now happens is how the ‘free’ market works at its very harshest.

But surely the ultimate manifestation of this occurred this week when Seadrill, a major drilling contractor, cancelled an order for their West Mira 6th generation ultra-deepwater semisubmersible rig at the very last minute, leaving the Hyundai Heavy Industries shipyard in South Korea with a $650m rig 98% complete and now without a buyer.

Seadrill had already hired and trained crews in Newfoundland to work on its five year contract for Husky Energy at a reported dayrate of $590,000.

The complicated legalities of such massive contracts mean that Seadrill is only probably liable to 25% of the cost of the rig, citing late delivery and non-performance of the shipyard as the reason for cancellation.

Husky Energy, who had been pressuring Seadrill for reductions in their agreed dayrate will also no doubt be breathing a large sigh of relief. In essence, both Husky and Seadrill saw the shipyard’s poor performance – the final straw had been the dropping of the BOP during sea trials – as the perfect excuse to reduce their exposure to an oversupplied market.

Cynics might suggest they wriggled out of a huge capital expense, valuing their stock market price more than their reputation or their people – I couldn’t possibly comment. I’m also sure Hyundai won’t forget this whilst additionally it does raise the question of how much would you trust organisations that behave like this? When the price recovers, as it must surely do, and the market for exploration drilling revives, I have a feeling that Seadrill and others may regret their actions…